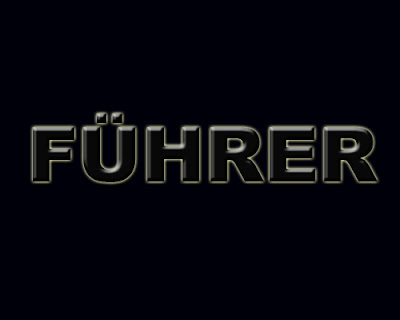 Führer is a noun meaning "leader" or "guide" in the German language, derived from the verb führen 'to lead'. Though the word remains common in German, it does come with some social stigma attached (though not when used as meaning guide), and under Hitler was part of the title of many positions in the various military and governmental organizations of Germany.

It is mainly used in English and third languages (spelled Fuehrer when the ü-umlaut is not used) as the term for Nazi Germany's ruler Adolf Hitler. Führer was the title granted by Chancellor Hitler to himself, by the Enabling Law which gave him supreme power in the German Parliament following the death of the last head of Germany Paul von Hindenburg, on August 2, 1934.
Posted by Pratyush Garg at 10:04 PM